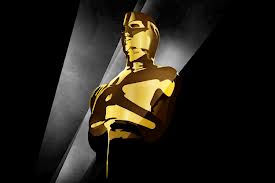 The award season is upon us.   Although we all feel blessed the asteroid missed us, we all need a little excitement.  Russia took the glory with the meteorite hitting their country.  (What good are meteorologists if they can’t forecast a huge meteorite falling to Earth?)

Doesn’t the economy need its own awards?  Consider the following:

Silence of the Lambs or The Hannibal Lector Fava Bean trophy goes to, drum roll please: The Fed.

As reported by Sunday’s New York Time’s, Gretchen Morgenson, the NY Fed and Bank of America forged a secret settlement last summer.  For zero compensation, the New York Fed released Bank of America from what may be sizable legal claims totaling several billions of dollars.  The Fed knew A.I.G. was trying to recover on those mortgages-gone-bad claims.  Banks gobbled up our tax payer’s bail out money with absolutely no consequences.  And the Fed just keeps on giving.

Unforgiven or the Angelo Mozilo Solid Gold Crown of Self-Gratification.  The winner is: The U. S. Banks.

In 2008 the near bankrupt Iceland refused to bail-out their failing financial institutions.  They used that money to forgive mortgage debt for the population – and completely started over from square one.  Iceland’s President Gimmson, quoted in Forbes, said “The theory that you need to bail out banks is a theory allowing bankers to enjoy their own profit masked as success, and then letting ordinary people bear their failure through taxes and austerity.”   Instead of giving the individuals who caused the mortgage catastrophe huge bonuses, they went to jail.  By the way, their economy has recovered.

The King’s Speech or We will Pay for it Someday (Maybe) Badge of Splurge, goes to: Our government economists.

Even the Cylons from Battlestar Galactica had a plan and they weren’t even human.  (Sorry, I’m mixing TV with cinema) Really, can’t the smartest guys in the room come up with a way to start paying down our 16.4 trillion dollar debt? (Raising taxes has never worked before)

No Country for Old Men or How I Learned to Love Women, Hispanics and Gays; 2016’s future eye on the prize.

I think we all know who we are talking about.  Hint: it looks like an elephant.

Driving Miss Daisy or Who and What is Driving our Economy Award:

Who is the leadership guiding our confused economy?  Is it the same tired, old guard with hands in everyone’s pocket and it is not for pleasure?  And exactly where are we going?

Unfortunately, this is an award that cannot be given out.  There are no candidates. 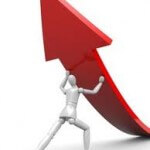 Economy vs Standard and Poor’s 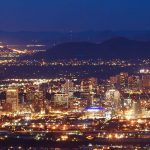 Phoenix among top housing markets to watch in 2019