President Obama and Secretary of Treasury Timothy Geithner are navigating us through the freeway of the deepest recession since the 1930’s. Along for the ride are their BFF’s: Paul Krugman, winner of the Nobel Memorial Prize for Economic Sciences in 2008; Larry Summers, resident bank lover and expelled President of Harvard University, and Paul Volker, the 82 year old former Federal Reserve chairman under Jimmy Carter and Ronald Regan. Some of the soothsayers are trying to compare our financial crash to the Great Depression but they must not have windows in their caves or they could look out and see that this is not the economic landscape of pre-World War II America. At that time our population was only 121 million, with a little under 50% living in the rural areas. The Smoot Hawley Tariff Act was enacted to protect us from global imports with disastrous effects on our commerce. The Federal Reserve was only 16 years old when the Depression began and was not given the keys to a vehicle that could have gotten us out of that worldwide disaster: they sat on the sidelines and did nothing. Our population today is over 300 million and there is not a household in America that does not own something made in China. Because of the actions by our government the recovery is under way. Uncle Sam pumped money into all 50 states, the banks, and kept AIG from collapsing to provide the liquidity necessary to keep the trade and industry engines running. In one year our stock market has made a remarkable recovery, a testament to the fact that it was not wrecked, just a little bruised. This is not your dad’s recession. We are driving an historical course without a map. So buckle up. There will be many bumps and seriously scary turns until the revival is safely documented across our country. With or without back seat drivers. 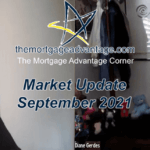 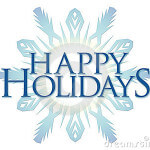 ALL WE WANT FOR THE HOLIDAYS 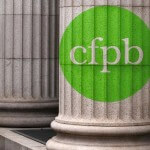