The summer blockbuster isn’t Planet of the Apes but the U. S. Economy vs. Standard and Poor’s.  It has everything you would want in a thriller: stupid rich bankers, European bad guys, trillions of dollars changing hands, and the girl crying lots of tears. (That would be me)

Standard and Poor’s rattled their saber for months threatening our treasury with a downgrade.  Last Friday they reduced our coveted rating, citing our Congress’s inability for adequate action; and not shaving enough off of our debt.

Who is this big bully? According to their website Standard and Poor’s strives to provide investors who want to make better informed investment decisions with market intelligence in the form of credit ratings, indices, investment research and risk evaluations and solutions. They are owned by McGraw-Hill (the big publishing company) and include J.D. Powers in their stable of companies.

Their employees are not held accountable nor can you dispute their stance once you are blessed with a rating. There is so much CYA verbiage attached, why would anyone give credence to their rating machine?  And does anyone else wonder how much money these gorillas made in the stock market if they sold high to buy back low?

What is a credit rating?   They indicate it is their opinion of the stability of a country, municipality, or stock.  The rating is based on the likelihood of default.  I guess we should be grateful they don’t rate the housing market as a whole. By the way, this is the same company that gave all those sub-prime mortgages glorious ratings.  My question is who is rating them?

And, as with other Wall Street Firms, they are above the law. Just days after the Treasury Department criticized Standard & Poor’s for “a $2 trillion mistake” in the math it used to justify its credit downgrade of the United States, the ratings firm sent a letter to securities regulators urging them to keep some proposed regulations as vague as possible on a provision that would require the firm to report “significant errors.” The letter was first noticed by Reuters. And is posted on the Security and Exchange Commission’s website and reported at Clusterstock.com.  (Great website even if you don’t like the name)

The drama continues to unfold, with our very own documentary of shocking errors in judgment.  We all need to pray for a happy ending where Main Street (us) and Wall Street (them) live happily ever after.  Or coming soon could be a scarier version of 2012.

HARP 2.0 What We’ve Learned So Far 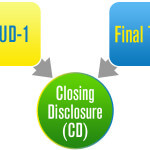 5 Things To Know About TRID 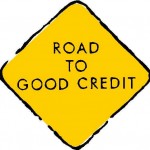 Short Sales and Your Credit