Fracking (noun, slang) – 1. the process of drilling with chemically treated water through the ground smashing through layers of rock, freeing oil or natural gas to flow to its rightful owners. 2. term used by the TV series Battlestar Galactica to replace expletive.

Bank of America made two announcements yesterday, one from their Chief Economist regarding oil and another from their President about the housing market.

Chief Economist Ethan Harris stated, in a Fortune.com article, that $200.00 barrel oil would throw the U. S. Economy back into another recession.  That would place our gasoline prices around the $5.00 a gallon rate.  He is a smart guy (aren’t they all) but even with my public school education, I calculated another quarter hike in gas and my beloved SUV will be banished back to my garden with the gnomes.

Bank of America’s President Brian Moynihan dismissed the government’s anticipated new program for principal reductions, which targeted underwater mortgages, as “unworkable”.  As quoted on Tuesday in the NY Times, he also warned that it would be unfair to borrowers who had managed to stay current on their loans.  This is coming from a company that tapped the Fed for $97 billion dollars in bail-out money.  Is this the “new fair”?

Depending on who you talk to or what you read, as many as 60% of Arizona homeowners are drowning in underwater equity.  Although some have paid their homes off or continue to make their payments, there are many more that purchased during the boom.  They were encouraged by the banks to mortgage their homes with newly developed but now defunct little or no down payment loan programs.  Yet there is no bail-out money for us.

If the fracking equipment could be used to drill into Bank of America or (insert the name of your chosen bank) what would they find?  Probably only lots of gas. 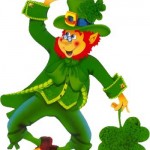 the marriages of B of A and Chase

A Recipe for Foreclosure