When will mortgage rates skyrocket over 5%?

Last year the real estate market panicked when the Fed announced it would cease their financial assistance to the gauge for our consumer interest rates, the ten year treasury market. The soothsayers predicted mortgage rates over 5% within the year. As usual, the smartest guys in the room got it wrong. Since the first of the year rates have stayed within the low to mid 4’s, with FHA and VA rates even lower.

What’s up with the rates? Why have they stayed low? The following are four reasons:

1. The housing market started a robust recovery last year. And then it came to a screeching stop. As we were scratching our heads not to mention our bruised pocket books, the economy took another blow from the lack of home activity. Exactly what did the insolent guys behind Dodd/Frank think would happen when they implemented draconian mortgage strangulation techniques which punished good potential buyers? (My apologies for the soap box). Our government leaders missed basic math class. Fewer mortgages equal fewer homes sold.

3. Where is that terrifying vampire sucker of our cash, Inflation? Since 2009, soothsayers have prophesied prices for our everyday goods would skyrocket. Instead, the unemployment numbers have dropped and salaries are flat. Increased inflation means higher interest rates. Prices haven’t increased, but aren’t we paying the same for smaller portions?

4. Can we live without Russian nesting dolls? The Moscow rule of when a world power flexes their military muscle: Investors pull their cash out of global banks and run to the safe haven of the country the world loves to hate (except when they need something), America. Again, higher demand means lower rates.

Interest Rates will remain low until the economy recovers. No matter what color of lipstick you put on it, the economy is not as pretty as we would like. 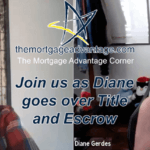 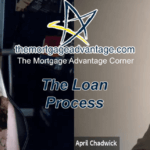