Question:  My client makes good money, but his income is not what it used to be.  He qualifies for the loan but the lender is having trouble getting him approved.

Answer:    In our economic times declining income is more often the norm whether it is for a salaried or self-employed borrower.

In today’s lending, income is one of three crucial pieces in buying a home: income, credit and assets (we should probably now include a forth; disclosures).

Underwriters judge the worthiness of the borrower with debt to income ratios.  The monthly gross income divided by the total monthly outlay of consumer debt, typically cannot go above 45 to 50% percent.  Programs differ however so this can vary up or down.  Consumer debt could include: car payments (owned or leased), credit cards, other mortgages and HOA payments, student loans, child support and alimony.

If income is declining the lender’s fear is that the income will continue to decrease to the point that the borrower can no longer make their new house payment.  Or worse, their job will be terminated.

Typically, for a salaried employee, a letter from the head mucky-muck stating the decline is/was temporary and things are definitely rosy for the future should suffice.  But the borrower will be required to qualify on today’s income, not tomorrows or last years. If bonus or overtime is used for qualifying, a two year history of receiving it is required, no breaks.

The self-employed are going to feel the pain.  If their income has declined over the past few years, they may find it difficult to get their loan approved.  Many buyers have rushed to get their 2010 taxes filed (it was a better year for many), to show improvement.

Note:  Self employed net income is averaged over the past two years.  If 2009 sucked but 2010 was better, the underwriter may ask for 2008 to confirm stability.

Last month we closed a loan for an established, successful veterinarian.  The underwriter could not get through his dense, monstrous head that the vet’s paper loss in 2009 was due to the purchase of a very expensive MRI machine.  The documentation was brutal.

Like any good Boy or Girl Scout, be prepared. There is no such thing as too much documentation. 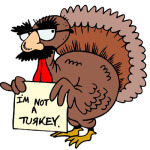 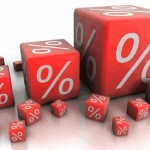 How About Those Interest Rates