1. According to NAR, in 2000 (14 years ago) existing home sales were at 5.2 million. Interest rates were at, wait for it… 8%. In 2013 home sales were 5.1 million. Yet, today we have 34 million additional people living in this country and the interest rate is much lower (yes, 4.5% is a low rate). A Question for the smart guys and gals in the room: Why aren’t more people buying homes?

2. Wells Fargo is under investigation for manufacturing a How to Create Fraudulent Documents Manual. The manual gives elaborate instructions on how to create missing documents on foreclosed homes. They called the paperwork the “ta-da!” documents.

3. The FDIC tells us that the six largest banks in the USA held $9.7 trillion of assets as of December, 2013. A whopping 66% of the $14.72 trillion of assets in the entire banking industry. They are not too big to fail; they are too huge to fail. Except…who will bail them out the next time? Just asking.

4. Bank of America, J.P. Morgan Chase and Citibank are all being sued by the FDIC for manipulating the London Inter-Bank Offered Rate, or LIBOR, a benchmark to set trillion of dollars of interest rates for loans, including mortgages, worldwide. The banks allegedly manipulated the rate in order to make profits in their trading of derivatives based on the rate. Wow! They know how to play Monopoly. One thing is for sure, no one will go to jail.

5. Janet Yellon, the new FED chair, accidentally gave a future time frame of six months before the FED may start raising the FED rate. Because the economy is doing so well in her ivory tower.

6. The Consumer Financial Protection Bureau is operated by the new mortgage sheriff Vladimir Putin, oops, sorry I meant Richard Cordray. He has trouble with the word Transparency. Although the CFPB states on its website that ‘Transparency is at the core of our agenda, and it is a key part of how we operate,’ however four of its advisory groups routinely conduct closed meetings. For example, the agenda for last month’s meeting lasted 16 hours over two days. Yet only two hours were open sessions. Transparency must mean ‘It’s good to be the king’ in Russian.

What Happens In Europe

IS IT SAFE YET? 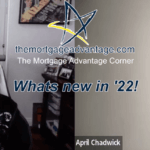