The Fed raised the short term rates for the first time in seven years in December. The soothsayers predicted the fixed mortgage rates would soar upwards and destroy our housing market. Except… Nothing happened. They didn’t go up! If anything we experienced a mild improvement. How could the experts get it so wrong? Well, since the United States is not an isolated island surrounded by Internet protected walls, global concerns affect our economy, more so now than in 2006. China’s Caixan purchasing managers’ index missed forecasts and set off a wave of worldwide stock market panic. China is the second largest economy in the world, and a near financial slowdown could trigger a worldwide recession. Anyone who has watched 60 minutes over the past few years should not be surprised. The Chinese have built faux cities to ignite their economic numbers. Since it was on 60 minutes and not the internet, it must be true.

Bad economic news usually equals good interest rates. This is because the paranoid gamblers (my apologies, I meant to say investors) dump their stocks when there is a rumor of a possible disaster and skedaddle back to the dependable, but dull US treasuries. The purchasers of our treasuries keep our mortgage rates stable. Ask the Chinese, they own about $1.2 trillion worth.

Meanwhile, good news for the housing market in Arizona. The S&P/Case-Shiller Home Price Indices reported Phoenix and the surrounding areas experienced a 5.7% increase in home prices. The greater Phoenix area enjoyed the longest streak of year-over-year increases. A gain in October 2015 was the eleventh consecutive increase in annual price gains (see chart below). Pretty Cool! A great way to begin 2016! 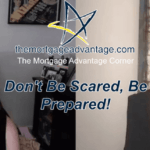 Don’t Be Scared, Be Prepared! – The Mortgage Advantage Corner Podcast 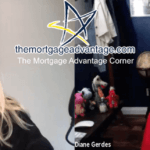 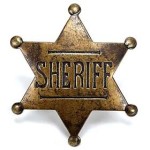