Are you a foreign drug dealer, terrorist or one of their extended family members and have pondered for years on how to buy a home in the states AND receive an American visa? No need to plot any further! Sens. Charles Schumer (D., N.Y.) and Mike Lee (R., Utah), proposed an awesome bill to allow foreigners to purchase homes and receive a visa. Mr. Schumer touted it would make up for American buyers that are holding back.

Really? American buyers are holding back? Gee, we thought it was because of the ridiculous underwriting and appraisal criteria plus all of the restrictions held against American Citizens for previous short sales or foreclosures. The senators must be suffering from “Economicblinditis” a condition our leaders acquired in 2007 rendering them blind to the facts of the economic crisis over the past several years. They are unable to recognize the current housing market is a result caused by bad behavior of the banks and Wall Street, not the American Public.

According to the Wall Street Journal the proposal would dispense visas to those foreigners (if they have money, they are foreigners, if they are broke they are called aliens) who spend $500,000 in the housing market. And they can choose to buy either all in one lump sum or they can buy two homes and use one for a rental. Warren Buffett, the sage of Nebraska thinks this is a great idea.

International buyers, from China, Australia, India, and Mexico accounted for around $82 billion in U.S. residential real-estate sales for the year ending in March, according to data from the National Association of Realtors and for 4.3% of Phoenix home sales during the month of July, according to MDA DataQuick.

Have any of our great leaders tried to buy a home in China or Mexico or any other country? If they had, they would find it an overwhelming, if not impossible process.

Yet, true to our recently added American color (as in red, white, blue and greed), show us the money and the house is yours. Except instead of giving away a free toaster as an added bonus, a coveted visa is thrown in to entice foreign buyers.

Just so we are all clear: our great leaders will not mandate legislature to demand the lenders shave principal balances to meet today’s values for current home owners and allow them to refinance at current market rates (not some arbitrated, inflated rate). But will mandate a way for non-Americans to buy our homes at the discounted foreclosed/short sale prices? And this is a good idea? I’m just saying….

In appreciation of our Veterans: “It is easy to take liberty for granted, when you have never had it taken from you.” Unknown

Getting a Mortgage After a Short Sale 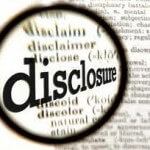 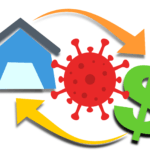 Appraisals In the Time Of COVID