Bank of America is singing the mortgage blues after being handed a fraud verdict for Countrywide loans.  This case, which proved Countrywide hustled loans, or as it was called the High Speed Swim Lane, taking quantity of loans over quality, may cost Bank of America at least another billion dollars.  From 2003 to 2008, Countrywide’s guidelines were used for many correspondent lenders as well, such as Freedom Mortgage out of New Jersey.

Across Wall Street, J. P. Morgan Chase’s polygamous marriages to Washington Mutual, the savings and loan giant and Bear Sterns, the sub-prime guru, turned ugly.  The Fed performed a shotgun ceremony with Chase and Bear Sterns in 2008 to help out the country.  And made sure Chase did not lose any money with the union (Just like they helped the rest of us during the recession. Wait! Did you get your billion dollars in assistance? Yeah, neither did I).

In an article from Neil Irwin at the Washing Post, Fay Chapman, Washington Mutual’s Chief Legal Officer from 1997 to 2007, relayed that, on one occasion, Washington Mutual in Florida made a second-mortgage loan to O.J. Simpson, although there was this huge judgment against him from his wife’s parents.  When she asked how they could possibly close it, they said there was a letter in the file from O.J. Simpson saying “the judgment is no good, because I didn’t do it.”

Chase is settling with the government for 13 billion dollars.

And what about the rest of us?  Many of us lost our homes and jobs during the economic downturn caused by the big banks and other lender’s insatiable greed. One thing is for certain, none of us will ever see a penny of the billions of dollars in pay-outs.

Millennials, China and Cocaine, Oh My 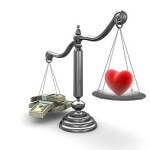 The True Romance of Uncle Sam