The Top 10 Reasons the Phoenix Economy Will Prosper in 2014

January, 2014 is already behind us. What will the remainder of the year bring?

The top ten reasons our diverse state will have a prosperous 2014:

10. Arizona does not depend on the 5 C’s that have defined our state for decades: Citrus, Cattle, Cotton, Copper, and Climate. History Lesson: All five are incorporated into our state symbol.

8. Where else can you enjoy pool parties or golf year round?

7. Phoenix’s unemployment rate dropped to 6.7% compared to the national average of 7.3% in December, 2013 and is expected to continue to decline.

6. Alternative fuel source manufactures for solar and algae are anchored in our state. Also, it is now proven Segway’s are not the answer for alternative transportation, if you wear high heels or worry about your toupee.

5. Businesses are relocating to Arizona. Apple is opening a glass manufacturing plant in Mesa, GM is building a technology information center in Chandler, and Amazon is expanding their employee base in the Phoenix area. No word if drone training is optional.

4. Mexico is Arizona’s biggest trading partner, accounting for $6 billion in exports last year. A study by the University of Arizona’s Eller College of Management reported that Mexican citizens legally crossed Arizona’s southern border 24 million times from July 2009 to June 2011. They spent over $2.69 billion in our state. That’s a lot of Chihuahuas.

3. Arizona’s reasonable home prices and low interest rates (stop whining, no, they’re not at 3% but still pretty darn low) make for an unbeatable combination. Also, families who lost their homes in 2011 may be able to re-enter the mortgage market this year.

2. We are the only state with bragging rights to one of the seven natural wonders of the world, the Grand Canyon. The tourist magnet welcomes over five million tourists per year.

1. No polar vortex here! Pictures of our sunshine will continue to entice families (or infuriate, as in the case of my brother-in-law in Minnesota) to move to our wonderful state.

No matter what the circumstances of our economy, it will be up to us to energize 2014. Make it a great year! 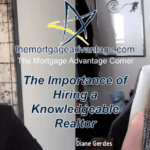 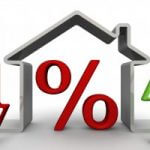 Why is the FED messing with our interest rates?

Wash that oil right out of your life?

One thought on “Top 10 Reasons”