Discussions are under way to restructure the $11 trillion  mortgage industry  and wean Fannie Mae and Freddie Mac’s dependence from Uncle Sam’s battered pocketbook.  Fannie was created in 1938 after the collapse of the housing market during the Great Depression. Freddie was established in 1970 with a similar charter.

They buy loans from banks and lenders, refilling their coffers, allowing an uninterrupted flow of mortgage lending. But before Fannie and Freddie purchase the mortgages they must meet their guidelines.

Our legislators are pushing to hand over the largest purchasers of home loans back to the private sector, the big banks. That’s right boys and girls, the same entities that caused our Mortgage Meltdown.

For example, in 2004 Bear Stearns actively marketed its subprime mortgage guidelines.  100% , stated, investment,  480 credit scores (okay that is an exaggeration, but you get the drift). They were the wunderkinds of creative underwriting.  But that was before it’s fire sale to JP Morgan Chase in 2008.

Countrywide soon led the loosey goosey, anything goes cash hungry bandwagon. (You’re a felon in prison? Do you have a P.O. Box we can use for an address?) Wall Street demanded mortgages and underwriting became more and more about feeding the mortgage hungry beast instead of quality.

Wall Street (and our government) pressured Fannie and Freddie to stop being such fuddie duddies.  The protectors of our mortgage industry were seduced by the glitter of more coin and profits.  Meanwhile, their wall flower sister FHA was excluded from the cash party because of her underwriting guidelines (which, by the way, the core requirements have stayed the same through the years).

Between 2004 and 2007 Big Bank loan officers (you know who you are) were encouraged to steer (yes, it is a big word) clients from more boring loans such as FHA to the cash cow subprime or option ARM loans.  Oh, it was the client’s decision to take the loans because often they offered a lower initial payment, with promises of refinancing, once the house appreciates.   And after all, what could possible go wrong?

The erosion of common sense and our short memories is the stuff of thriller novels. And no doubt the purse strings need to be cut from Uncle Sam.  But in whose world does it make sense to turn the reins over to the same institutions that caused this mortgage fiasco?

Suggestion: From this day forward, demand the banks take 100% responsibility for any loans that

Fannie and Freddie purchase. Not their investors, mammas or former CEO’s.  Refuse to purchase new loans until the bad ones are made whole. 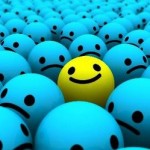 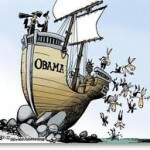